Another wonderful Friday rolls around and we've already done so much this week! Thank you to everyone who has joined the new CosmicSky /discord - this will now be our only route of communication in the same way that Teamspeak once was. We were overwhelmed with the positive feedback! On to this week! 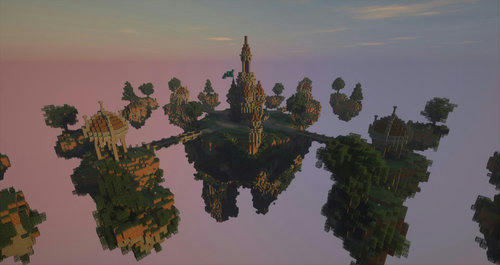 Here are some juicy leaks

Keep an eye out for the next announcement post detailing ALL about Sky Wars and when it'll be opening up to play!

Cosmic /discord
The beta release for the official CosmicSky /discord went amazing on Wednesday! Thank you, again, to everyone who joined! We also have the wonderful CosmicPrisons community in the /discord with us too now - so that's all three Cosmic servers in ONE /discord server! WOO!

​
How to connect
Error Messages
If you encounter any problems during this process you will see one of the following messages:

If you have any questions, please have a read over our FAQ thread!

If you are unable to resolve any potential issues please submit a Support ticket under the "Discord Support" department and we will be happy to help you! 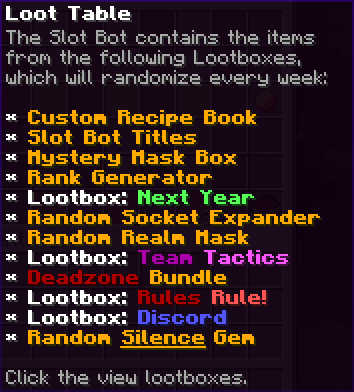 Teleport Pads Redstone Control
You are now able to use Redstone to control whether a Teleport Pad is activated or not.

Battle Royale Border DMG Nerf & Potions
During the week you may have noticed that we made a couple of tweaks to changes in BR that were implemented last week, based off your feedback!
As much as these changes were implemented to encourage players to not border camp, and actually fight, they were TOO harsh and have been adjusted accordingly:
QoL and Bugfixes
35% OFF Sale
Well, we've had another busy week - time to celebrate with an awesome 35% OFF Sale across the whole of the server store! Go treat yourself while it's on!

Looks good, trying to figure out a neat way to work in redstone on teleport pads... hmmmm

@Cookay89 Nooooooo NO NAE NAE WE ARE REVOLTING!!!! WE NEED NAE NAE EMOTE

wooo mining buddy has a face!!!!

No nae nae, me no plae plae


I have to go to classes first and I'll be on, but next week tho right?

Cookay89 said:
No nae nae, me no plae plae


I have to go to classes first and I'll be on, but next week tho right?
Click to expand...
If no next week.... then i guess we gotta find a new server that will give us a nae nae emote

Also how long until Skywars, like how long is "very close" because I have a lot of practice because of map 4.
G

Skulzers said:
Also how long until Skywars, like how long is "very close" because I have a lot of practice because of map 4.
Click to expand...
depends how long this BR Mode takes....
I