You're all doing amazing and we're almost peaking at the first /is level 50s coming up soon! This week we've got some awesome expansions once you hit /is level 50, as well as the usual QoL additions and Community Suggestions! ​
What are the Ender Islands?
Ender Islands are the new, exciting new island expansion that opens when the first island hits /is level 50! These islands will be available as an addition to the current island you have got! What's new with Ender Islands?
Well, we've asked before for ideas of what to fill Chorus Fruit with as a crop... and the most popular suggestion is here, along with a couple of /is skill friends!

There are pre-requisites for unlocking the new /is skills to be able to place - you need to reach a certain number of crops grown, mobs slain and nodes mined! 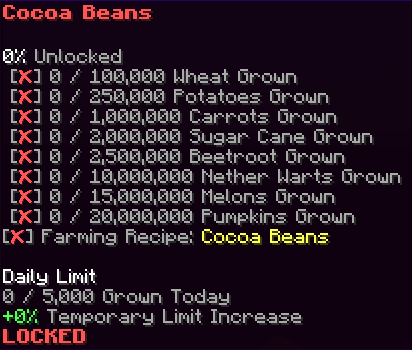 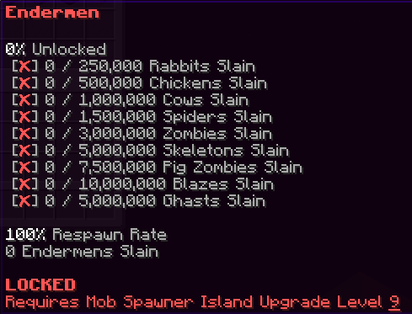 ​
Island Upgrades
Obviously, with these new /is skill additions, you're going to need to unlock those as well - so they've been added to the /is upgrade menu!

​
This allows the placement of the End Portal Frames, and the Eyes of Ender into them​
​
Mob Spawners ​
​

​
Player Roles
With these new skills, we have new /player roles!


Farmer​
To enable you to plant Cocoa Beans, you have to first gain /player roles in previous crops. You also need to be Player /level 70!​

​
Miner​
The emerald ore is going to be BIG! But you're also going to need to be able to mine it... Your specialty tree has been updated to include this now!​ ​
Warrior​
Whoop whoop, as the Endermans say! Monster Slayer III has had Enderman added so you can get all those juicy drops!​ 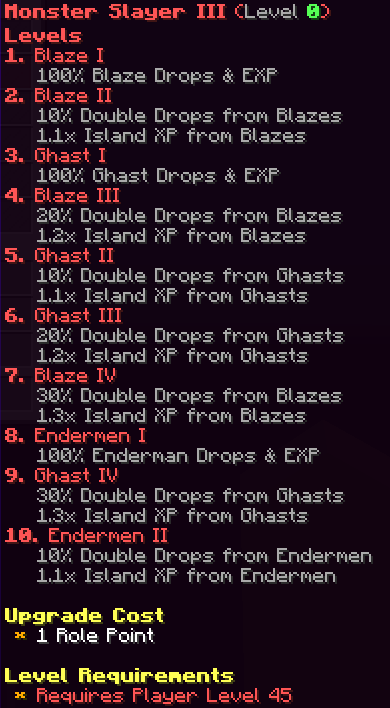 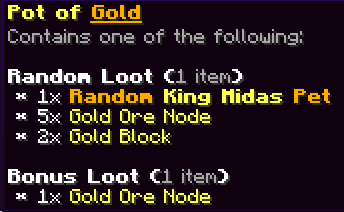 CosmicClient Updates
We've got another couple of QoL updates this week for the CosmicClient!

Auto Sell Bot Rebalance
Science is a huge part of this map - and you all are doing some crazy things with it, which is awesome to see. The Auto Sell bot was distinctly lacking though, so we've given it a decent buff this week which should make it more relevant for you to use!

The sell intervals have been massively reduced!
The prices of these haven't changed, so you can Auto Sell to your hearts content!

/filter Additions
Filter Profiles are a big thing, but there were a few things that you guys asked for to be added!

You can now filter:
Auto Replant with /roles
It's annoying when you have a public farm but someone without the role point to plant the specific crop comes along and breaks it- because it doesn't replant!

Now, when you have the Auto Replant /is upgrade, with your public farms (using permission blocks) players will only be able to break the crops if they have the role point allocated to the specific crop they are breaking!

Now, when you die in the Dead Zone you will be given a 5-minute deathban!

QoL and Bug Fixes
There were a few mid-week updates as follows:
Today sees the following changes:
40% OFF Sale
We have Ender Island hype, and with that, it comes a fantastic 40% OFF Sale for the weekend across the whole of our server store! Go coo-coo for Cocoa Beans!