Just a quick one from us today- you're all absolutely killing it and I don't want to take up too much of your time... especially with what we're giving you today!

2x /sell Event
Once this post has released there will be 24 hours of 2x /sell! Keep up with that hard grind! 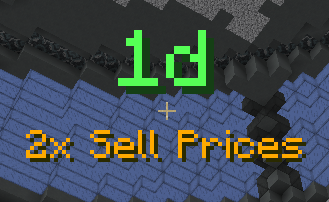 New /adventure Updates
Following on from feedback that we've received regarding Adventures 2.0 we have hot-fixed some key issues since release!

Additionally, there were some concerns about the number of hits required to kill an Elite. This was due to their armor values, which has also been resolved
We really appreciate the feedback from the new /adventures and are addressing issues as soon as possible when they are brought up.


Don't forget, on purchase of the 3x bundle you also get the Corona Prevention Kit for FREE! Grab it while you can!​ 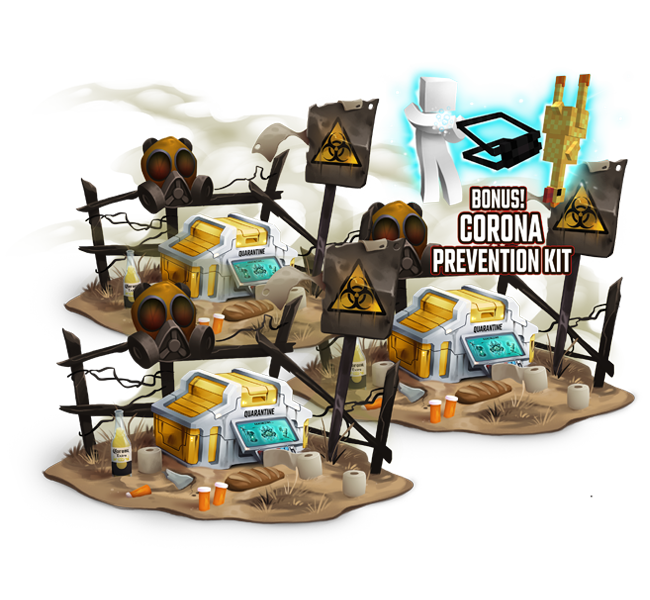 NOTE: If you have already purchased the $250 Gift Card this does NOT count towards the purchase limit of Lootboxes!
​
Slot Bot Changes
Today we've ADDED:
and we've also REMOVED: 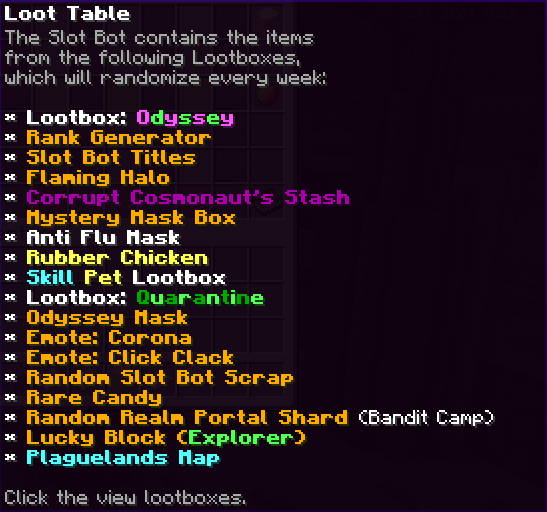 Ping Allies Sound Toggle
We hear you, just as much as you heard the Ping Allies noise! So we've gone ahead and added a toggle so that you can turn it off!

I’ve found a recent bug with adventures and the chest system, if it isn’t your chest you can break it before the person and get all the loot. If you can get this fixed before it gets abused then that would be ideal. thank you
A

Do i need original MC to play on this server ? :c
thanks for any answer

AdidasLP69 said:
Do i need original MC to play on this server ? :c
thanks for any answer
Click to expand...
You can play the server on vanilla 1.8.9 and 1.12.2 but its recommended to play on the cosmic client to get all the features like Battle Royale, Skywars, item skins and a whole range cool features
You must log in or register to reply here.
Share: Twitter Email Link