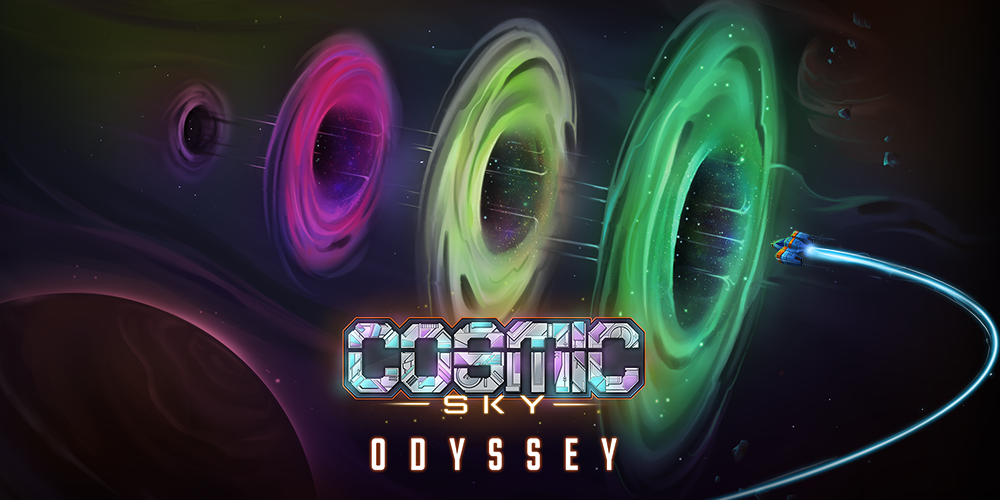 The time has come for what you've all been waiting for - the juicy details that will leave you all even MORE desperate for tomorrow to roll around faster... Don't worry, just like Christmas, it'll be here sooner than you think!

​
Adventures 2.0​
Player Quests​
Meta Shuffle​
New Maps​
New /roles​
/is level 60​
The Abyss​
Cosmic Client​
/is chest​
QoL and Bug Fixes​
YouTubers​
​
Adventures 2.0
We hear you, purple glass just didn't cut it - so, how about a complete rework including new maps, a new mob system, a new way to get loot? Adventures have had a complete rework, and they aren't as you will remember them- so much has changed that they have new names too!

We want to make adventures more friendly for EVERYONE- something that isn't as grind-y as they once were. You will be able to constantly be killing mobs and seeing the rewards for labor that much quicker!
Adventures are now also only accessible when you are on the CosmicClient! 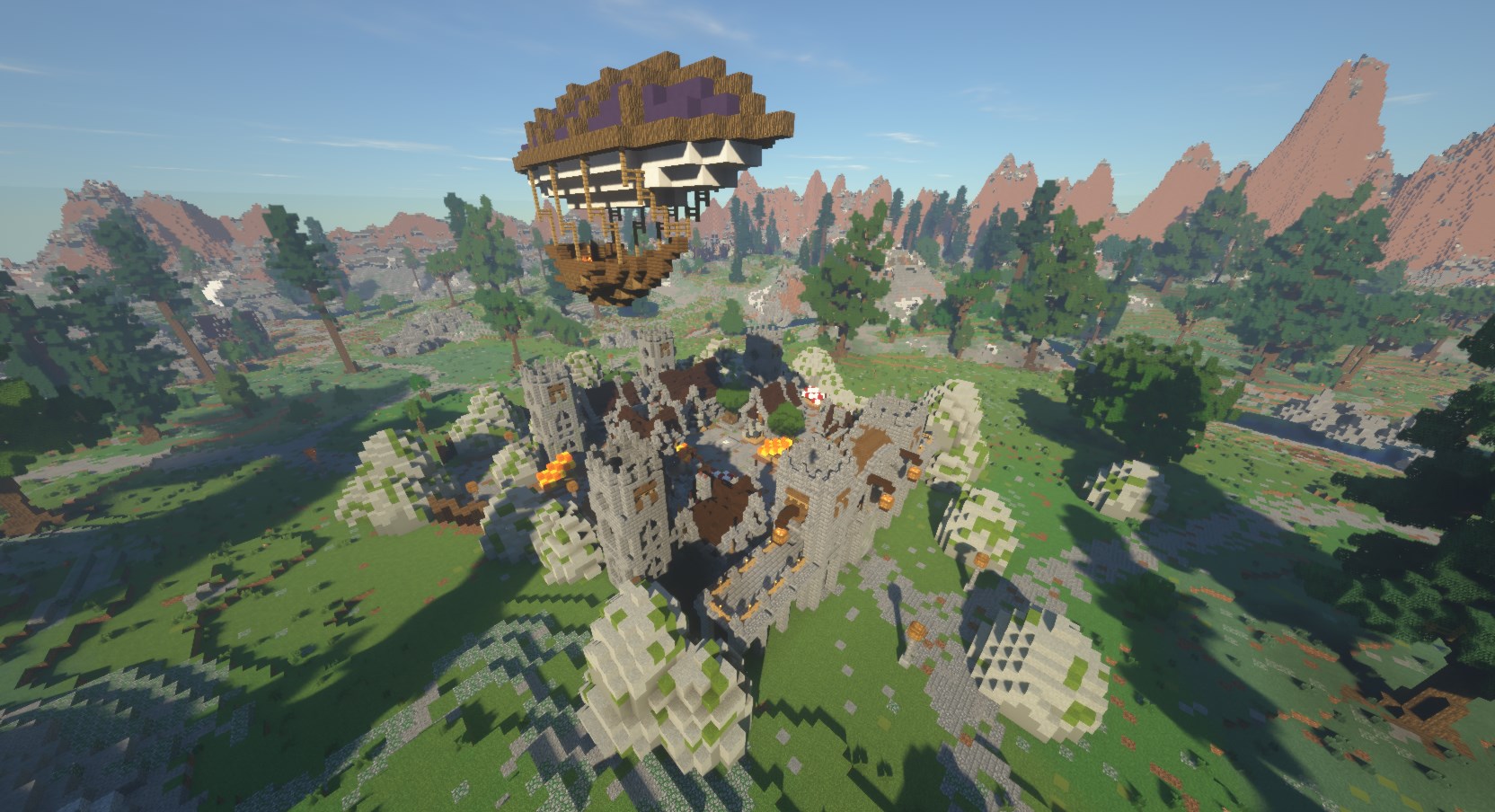 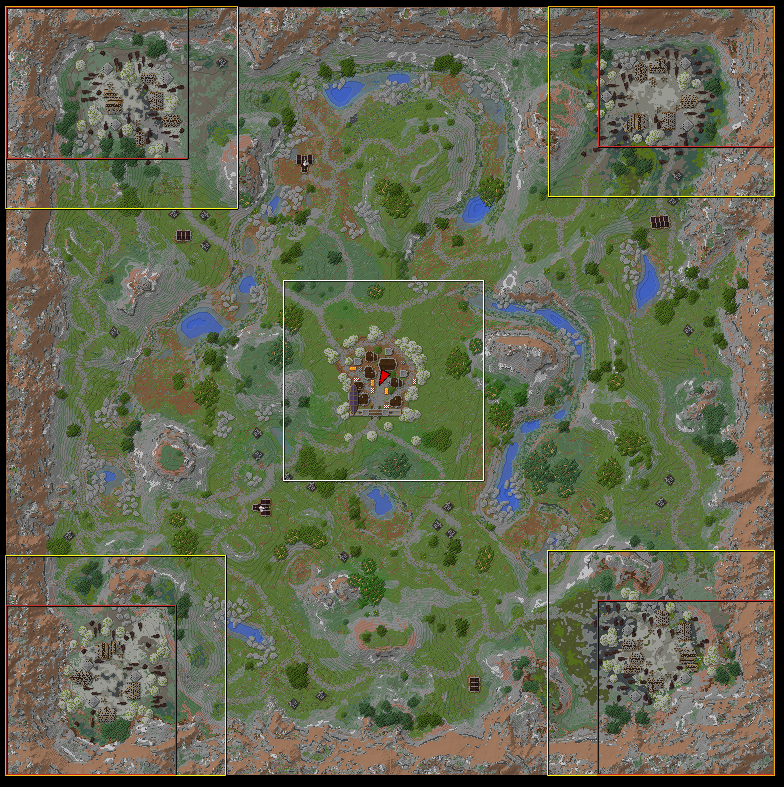 Adventure Zones
The alignment system is still in play with the adventures, but we have added some additional zone-based restrictions to PvP! 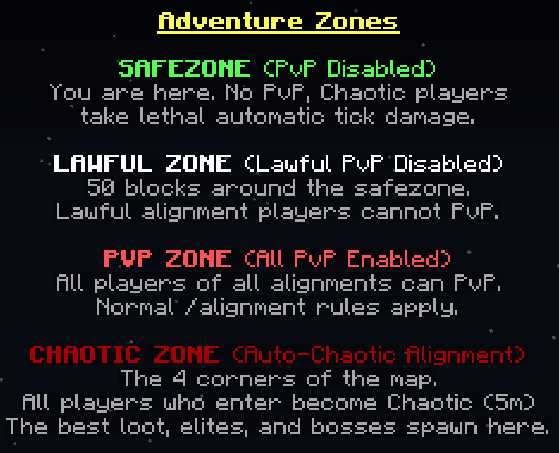 Adventure Points
We do not have static chests anymore- you have to kill enough mobs to have a chest spawn on you with loot! Each mob has a set amount of Adventure Points (AP) that it will give you on its death.

Player Quests
Quests are probably one of the old and most persistently requested ideas from you guys - and we're bringing them to you this map! Daily and Weekly quests which cover pretty much anything and everything in the game that we have right now!

These quests will encompass almost everything that you can think of when it comes to CosmicSky, such as:
You can easily keep track of your progress for your quests
Daily Quests
Here's a little something that you can do every day to keep you busy!
Weekly Quests
Sometimes we need to play the long game... weekly quests do just that!
Quest Points
For each quest you complete, you will receive a number of Quest Points dependent on the difficulty of the quest.

Monthly Quest Rewards
As you gain Quest Points, you will gain access to 10 different reward tiers - these can be Slot Bot Scraps or an awesome lootbox with OP, exclusive items inside! 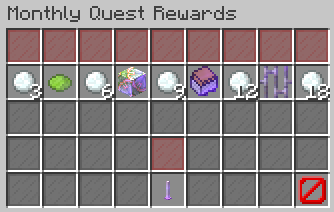 Meta Shuffle
At the beginning of Map #4, we did a huge economical change. For Map #6, we have scoured each and every single pet, mask, item /skin, and enchantments. This should bring a thoroughly more balanced and holistic experience for everyone. There will be fewer outliers- and, especially in the case of enchantments, a much less "cookie-cutter" approach when making sets, which I know was something that a lot of you requested.

Enchantment Audit
As mentioned in the post last week, we have looked heavily into the current way that PvP is on CosmicSky - and in the majority, the way that the enchants are in relation to each other, based on a lot of feedback from you guys in the community!

The following enchants have received changes to their balancing:
As always, we really appreciate your feedback - especially when it comes to areas like PvP and would love to hear what you think about these changes!

Masks
We've made a number of changes to Masks overall, as below:

Pets
These have also been updated this map to make them more relevant and useful!
Item /skins
There were a number of concerns with certain Item /skins last map, so we've made sure to assess all and make changes that will better reflect the other enchantment and pet changes!

Realm Armor
With the introduction of /roles, the Realm Armor that you could purchase was slightly lacking. So we've gone ahead and made some improvements to that as well!

Dwarf Mine Armor Set
Added +X% outgoing DMG to all armor pieces, at half the current -% Incoming DMG

New Maps
We're officially out of winter- so to coincide with the new Adventure maps that we have, we also have a beautiful new /hub and /spawn! 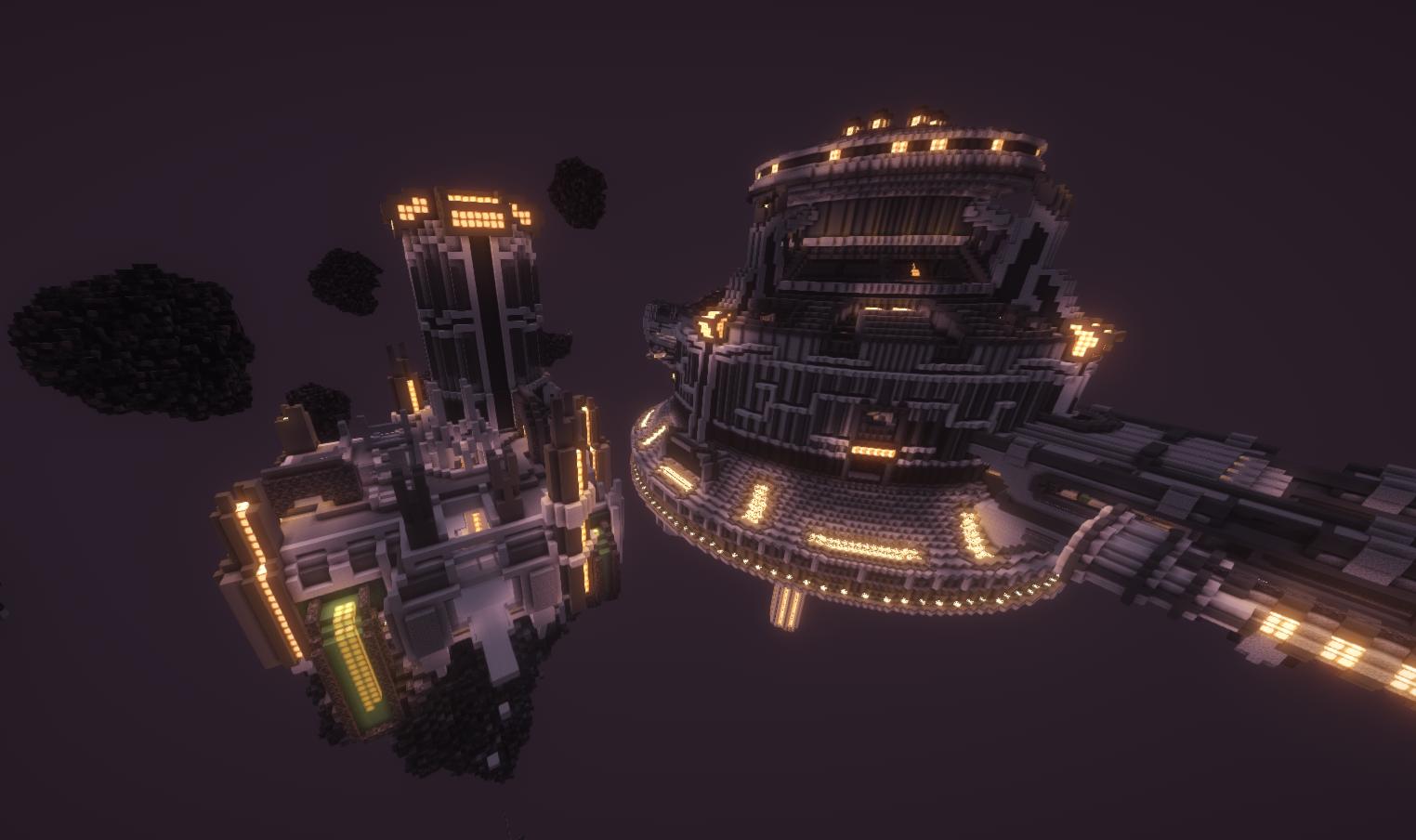 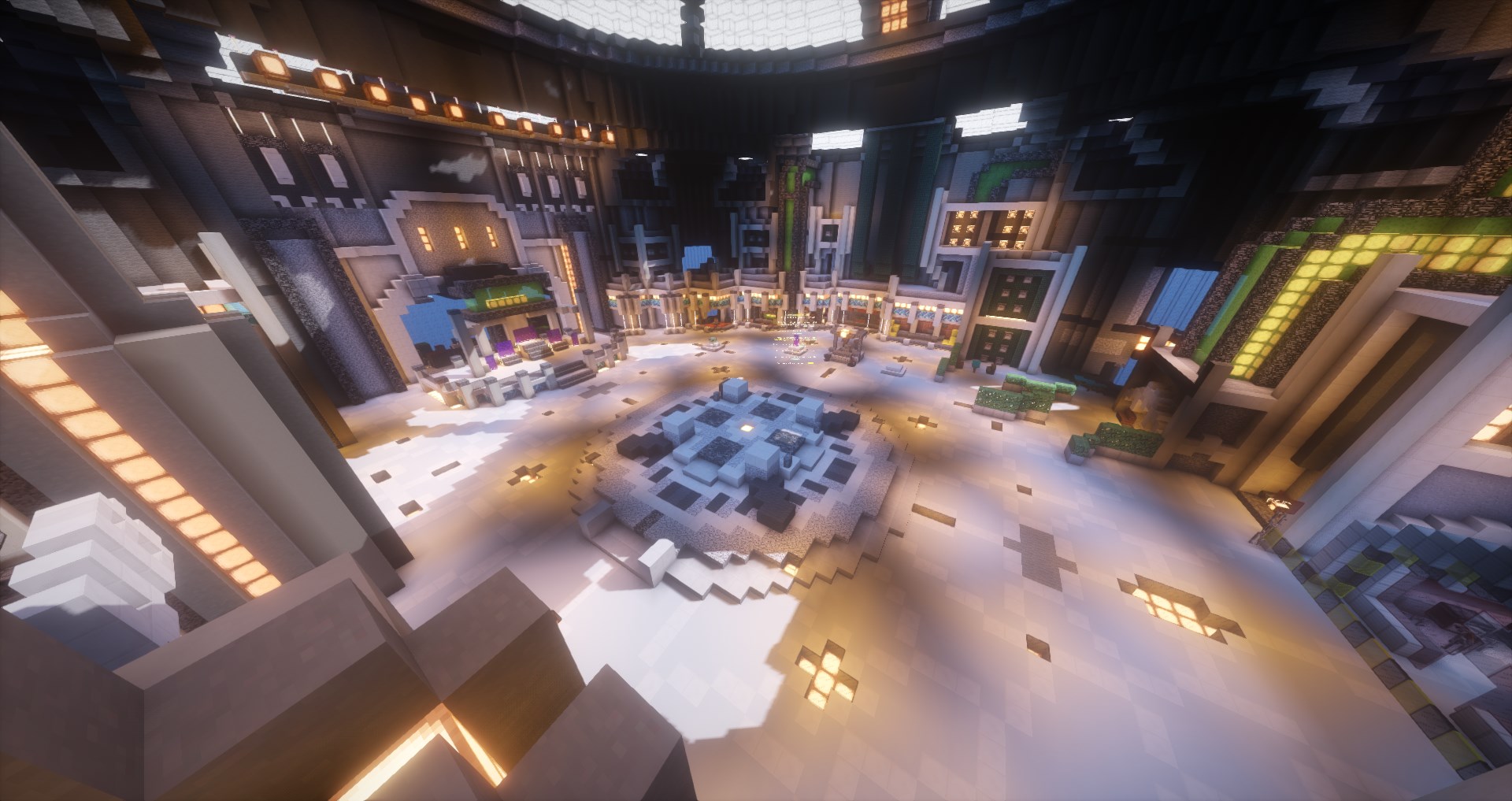 New /roles
Player roles have been extremely popular, and you guys certainly love them and have had a lot of your own suggestions, which we've included with these updates!

The first thing you'll notice is that there is a much cleaner looking GUI! Each of the individual areas has its own section, which once clicked, can be expanded to all the /roles that they hold!

New Roles
We have added some new /roles to the current, existing ones - and a whole brand new category as well!

Updates to current /role categories!
We've added some extra areas to the existing roles where they needed a little boost, and made changes in others!

New Player Level Costs (/level 60-99)
After some discussion and research, we concluded that the later /levelup costs were slightly too easy- we completely underestimated how beast you guys are at earning money!

Due to this, the /level 60-99 has been increased in price to better reflect the stage the economy is at when players start to hit those later levels.

You will also be able to see on hover over in /player top at what day in the map you achieved the most recent /level! 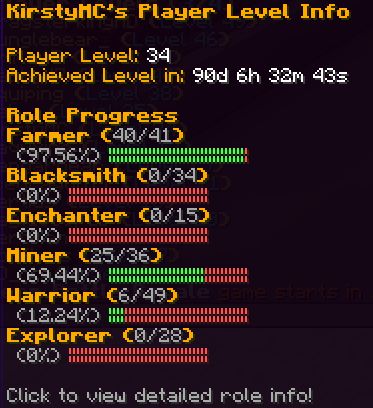 /is level 60
It was an extremely close race for who was on top for Map #5- but who will reign supreme for Map #6? The /is levels being raised to 55 was yet another area that you guys completely surpassed our expectations. You SMASHED THAT! So, here's another 5 more - giving a total of 60 /is levels!

We've also added a timestamp to show what day of the map you achieved each /is level! 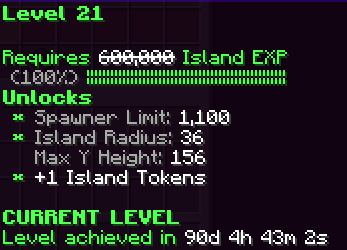 /is upgrade
With the new levels, and the new content, we had already added some awesome new /is upgrades to compliment it. However, we've given those a slight little tweak as well as adding some new ones in! 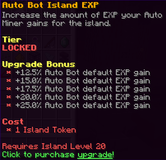 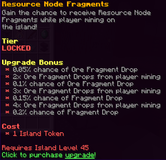 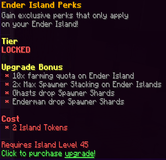 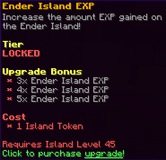 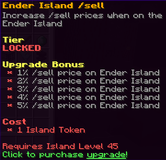 NOTE: You now require Co-Leader+ on an Island to be able to purchase /is upgrades!

The Abyss
The Abyss holds more deep and dark secrets than you could ever imagine... More details to be released very soon!

CosmicClient Requirements
A fair environment is something that we like to encourage for all players, and doubly more so when it comes to PvP. Previously, just Battle Royale and Skywars were CosmicClient only - however, from Map #6 this will be expanded to all of the PvP areas.
If you are NOT on the CosmicClient, unfortunately, you will not be able to access those areas- so head along and get that downloaded if you haven't already! Not to mention, you have the amazing perks of Emotes and Item /skins!

Ping Allies
We all know that when you're PvPing it can be infuriating to ask where your teammate is, to just be told "BY THE HILL!". I mean, where even is the hill? With Ping Allies you'll be able to ping your position so that your Alliance and allies will be able to come and assist you in your time of need when you're getting your butt kicked!

To be able to access this feature, open your CosmicClient menu (using right-shift), head into Settings and turn Ping Allies ON

/is chest
Another cool idea that has been floating about the Suggestions forum a few times is the ability to have an Island Chest! Somewhere that you can store some key items to share with your /is members!

The top row is access for ALL members, and the bottom row is access for just Officers and above. Please note, any item you are putting into the /is chest, you are doing so on the understanding that any of those ranks will be able to take out whenever they want. If you do NOT want this sort of access for certain items, please continue to use a chest with a permission block specifically allowing certain members.

You are limited with what you are able to put into the /is chest:

YouTubers
Welcome back to our very own Rob (Woofless), and welcome to the new guys Joshy and BeckBroJack! Now, they're pretty new to this whole Skyblock thing, so be gentle on them! I know you'll give them as much of a warm welcome as we are!
Last edited: Mar 20, 2020

LESS GOO! I CALLED THE PLAYER QUEST! I KNEW IT! LIKE PRISONS!
I

Click to expand...
Make it immune to fire lol